Quite in love with this little deer!

First, I drew him in Procreate on my iPad. Then, I brought him into Silhouette Studio – Designer Edition. I converted him to a Sketch (which took lots of little tweaking). The Cameo 3 then sketched him with the Silhouette sketch pen and cut him out. For the rest of the process, see below! 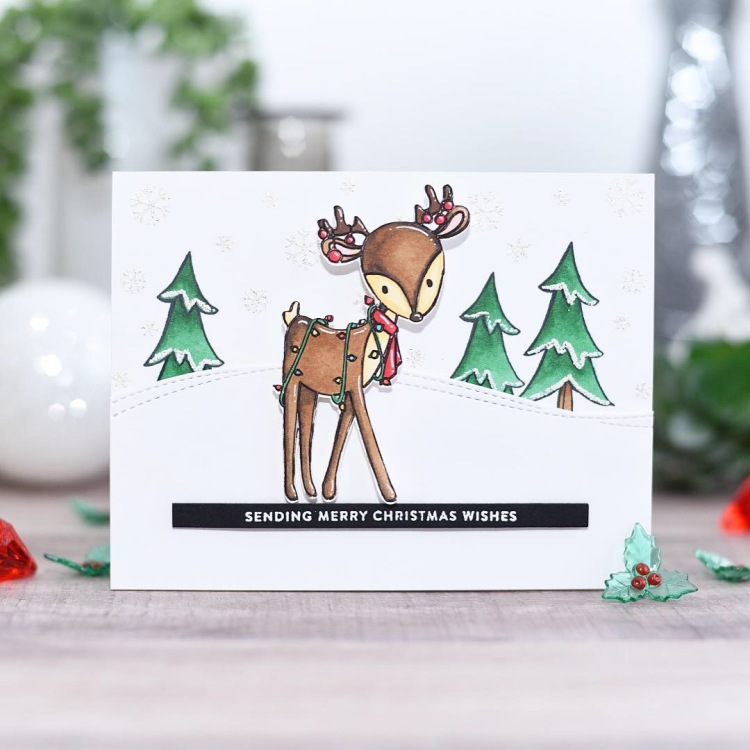 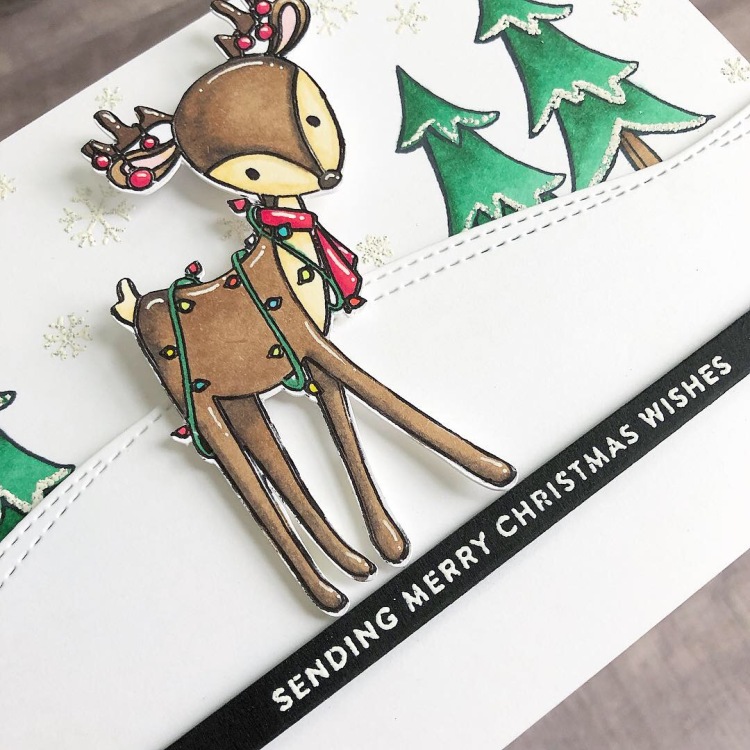 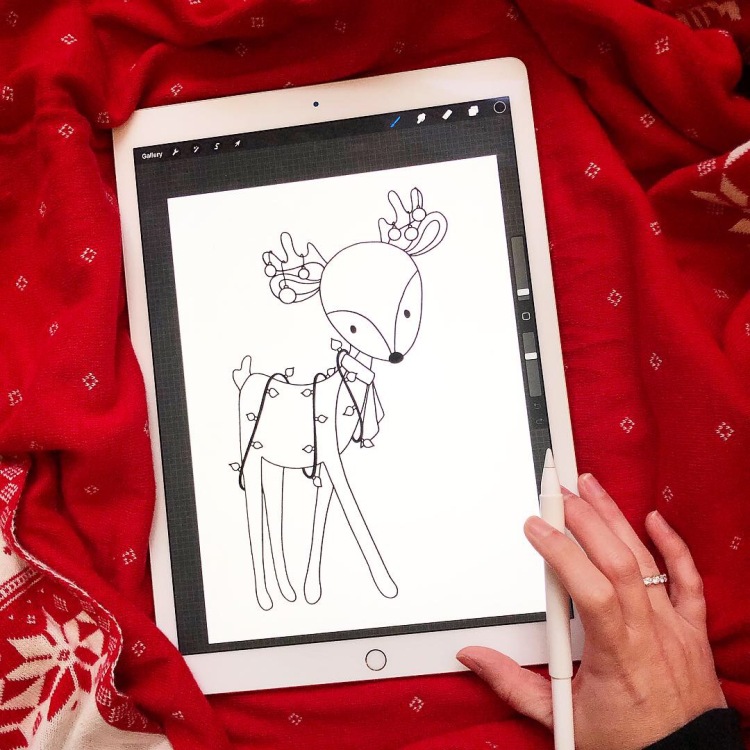 I then stamped my trees and colored them with my Spectrum Noir markers. 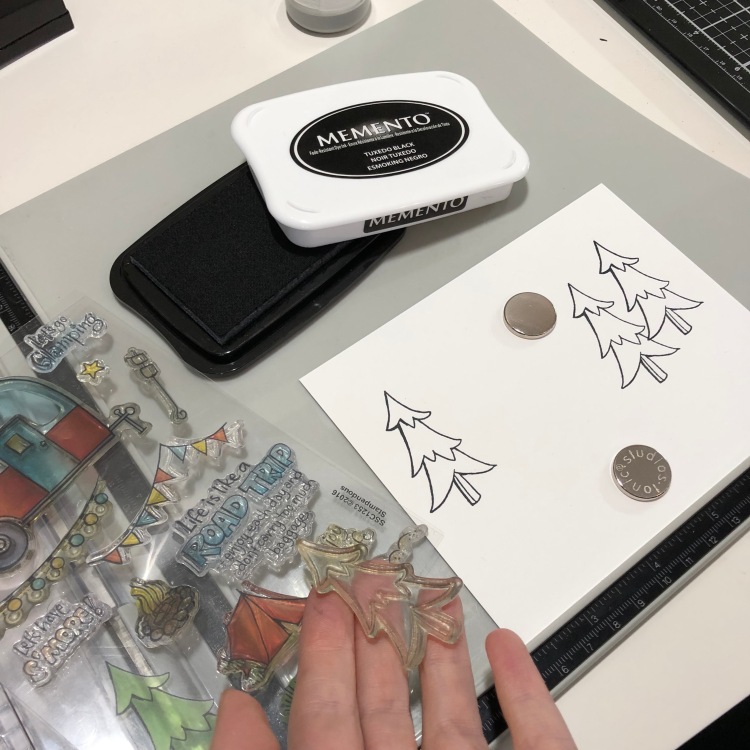 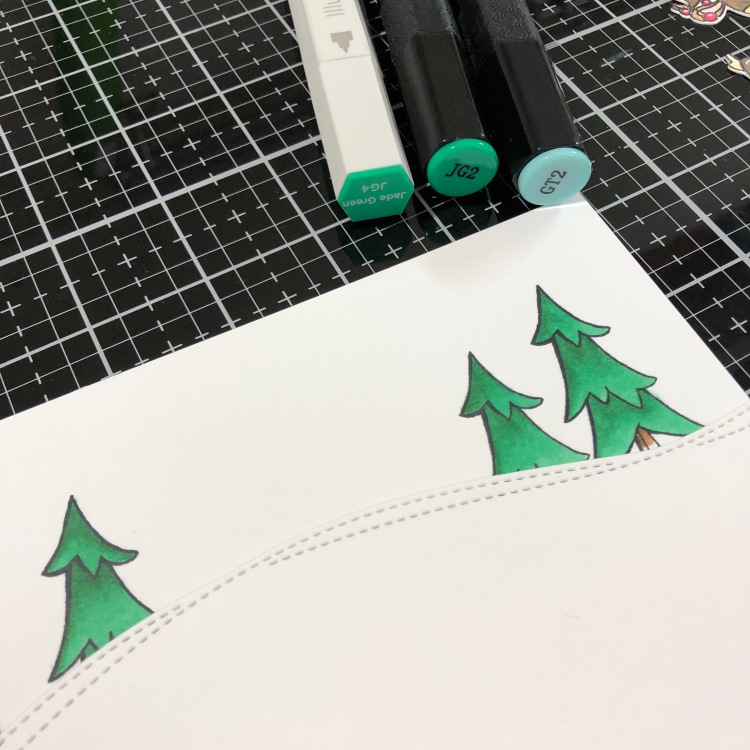 I stamped little snowflakes all around using Versamark to get them ready for embossing. 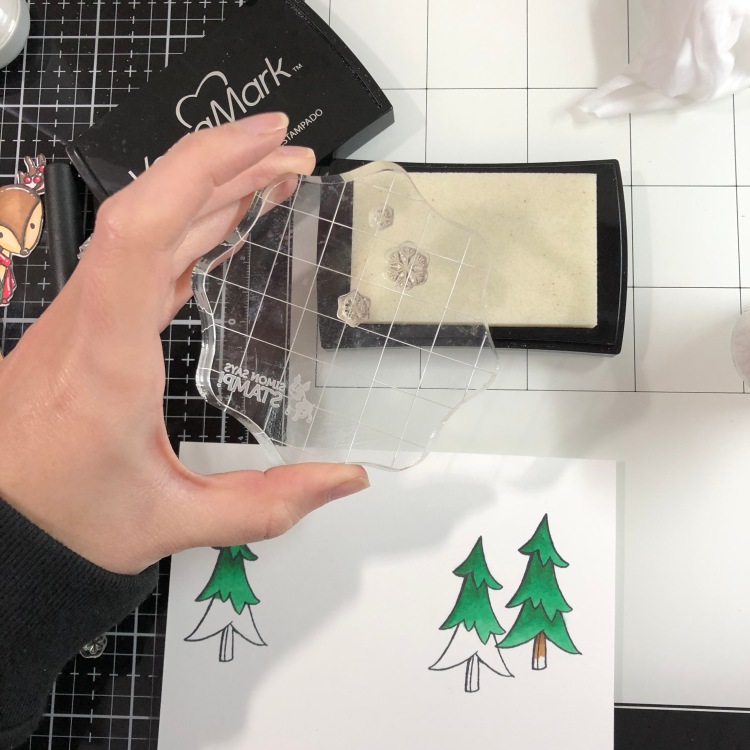 I used my Wow embossing pen to create little lines on the branches of the trees to add a “snow” effect.

Then I embossed all my snowflakes and “snow” with a sparkly white embossing powder and heat set. 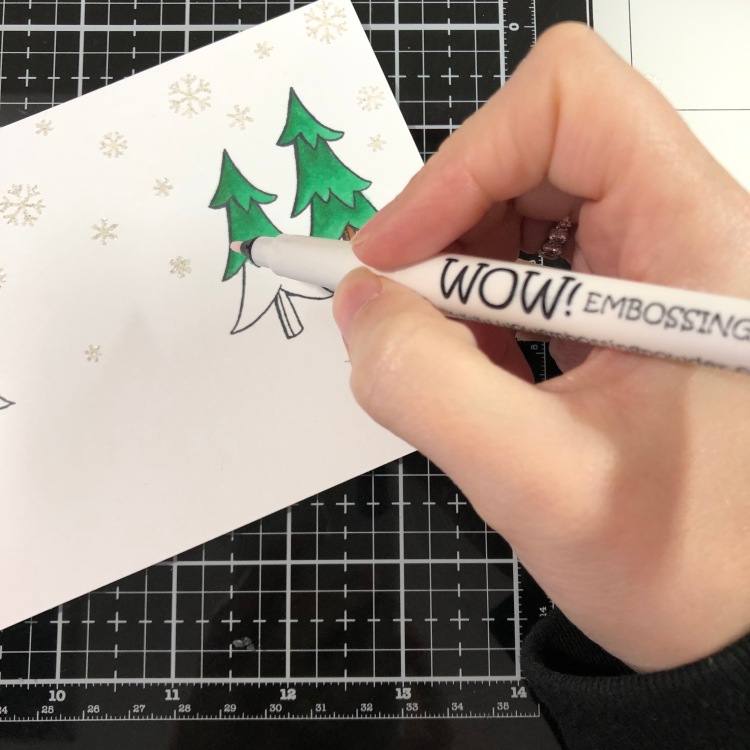 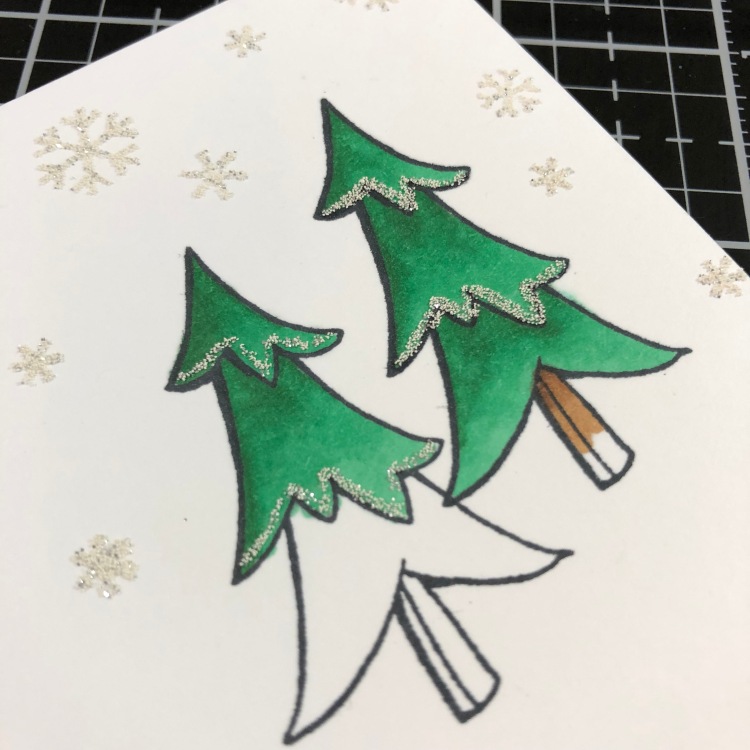 I colored my deer with my Spectrum Noir markers as well. 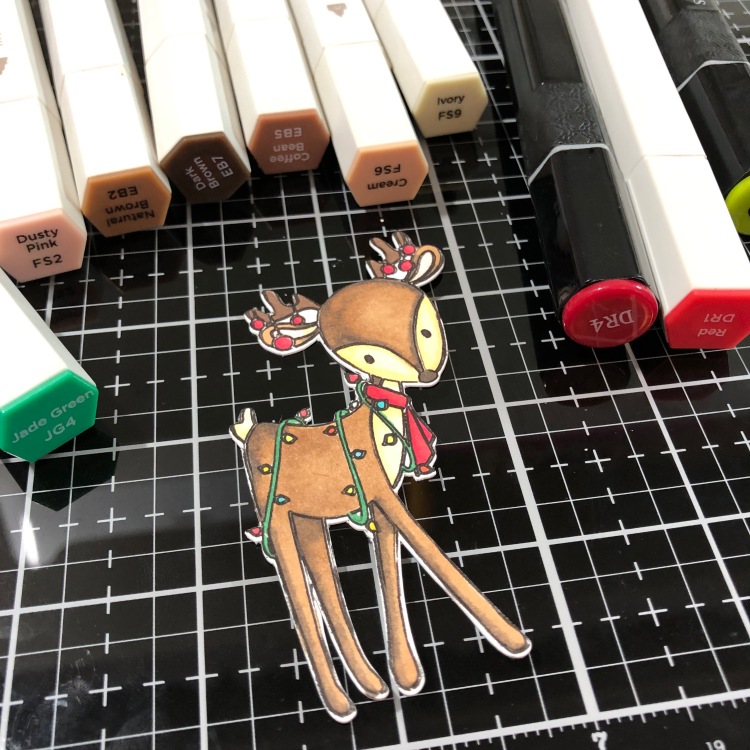 I used a sentiment from the Fa La La stamp set from Simon Says Stamp and then cut it with my Sentiment Die strips (also from SSS).

Side note: I must have gotten a messed up stamp set from them because I realized it said “BY” instead of “BE”. So I threw this one away and re-did it with another sentiment.. but the process was the same! 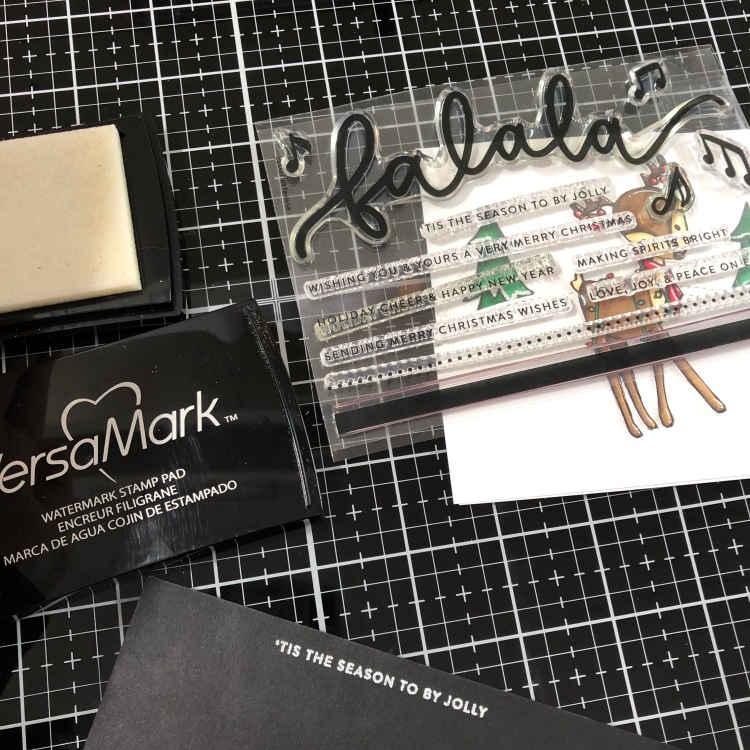 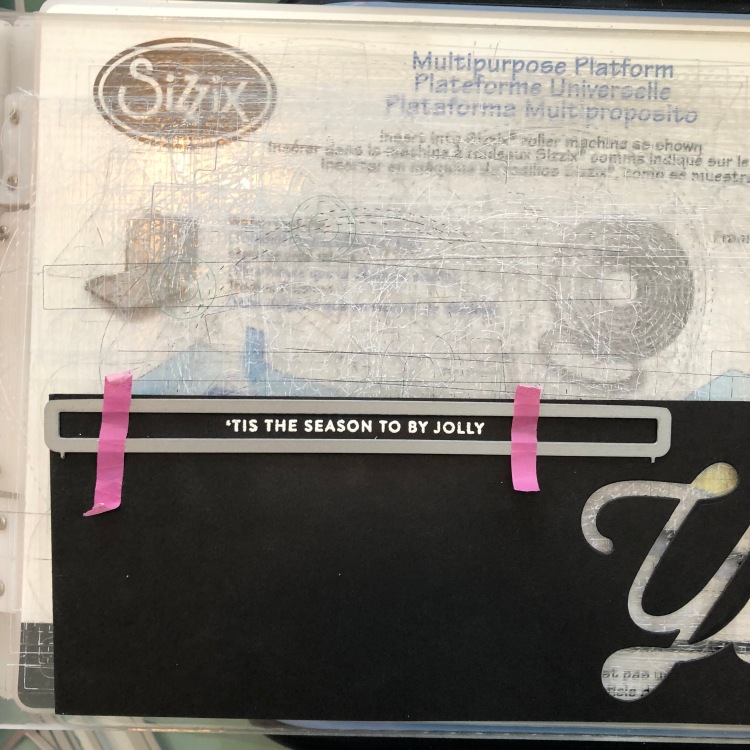 Then I put everything on the card using 3D foam tape! 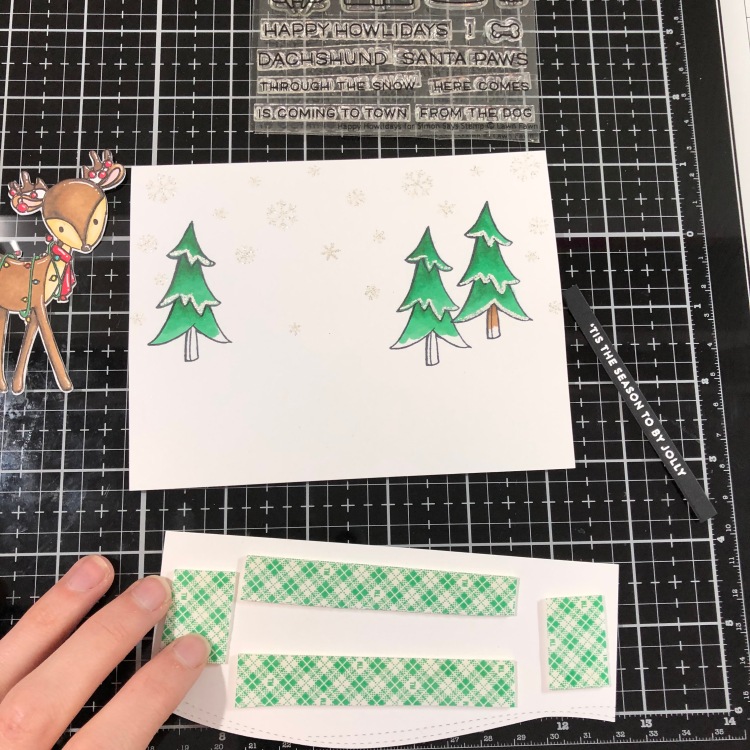 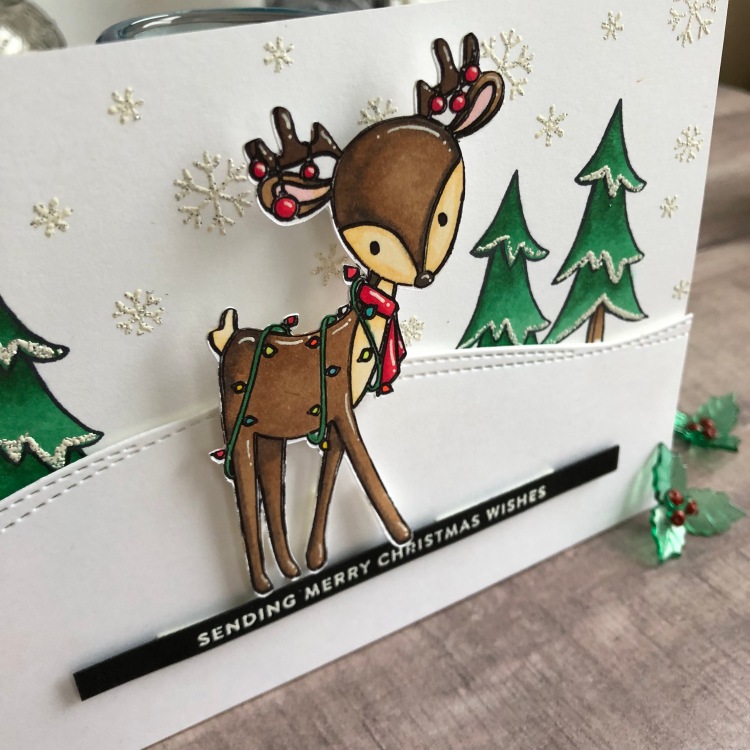